“Both amusing and instructive, with broad appeal and excellent illustrations.”

Limerick Comics offers lighthearted original limericks on a wide range of history and science topics, each with an informational panel of surprising facts, all presented in entertaining comics. Middle-grade readers age 8 and up are invited to linger on each page to enjoy the humor, ponder inferences, and view the evocative details of each illustrated panel. 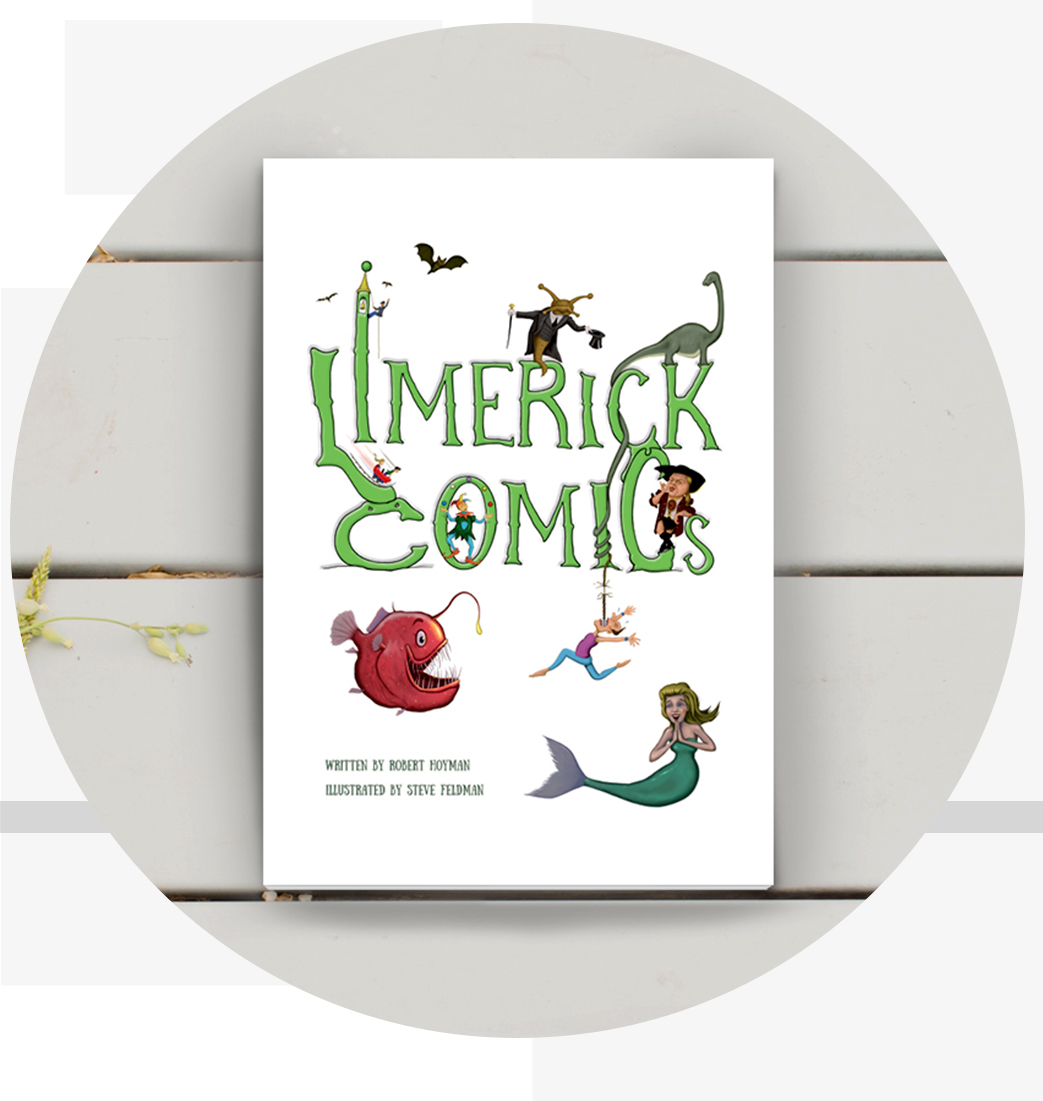 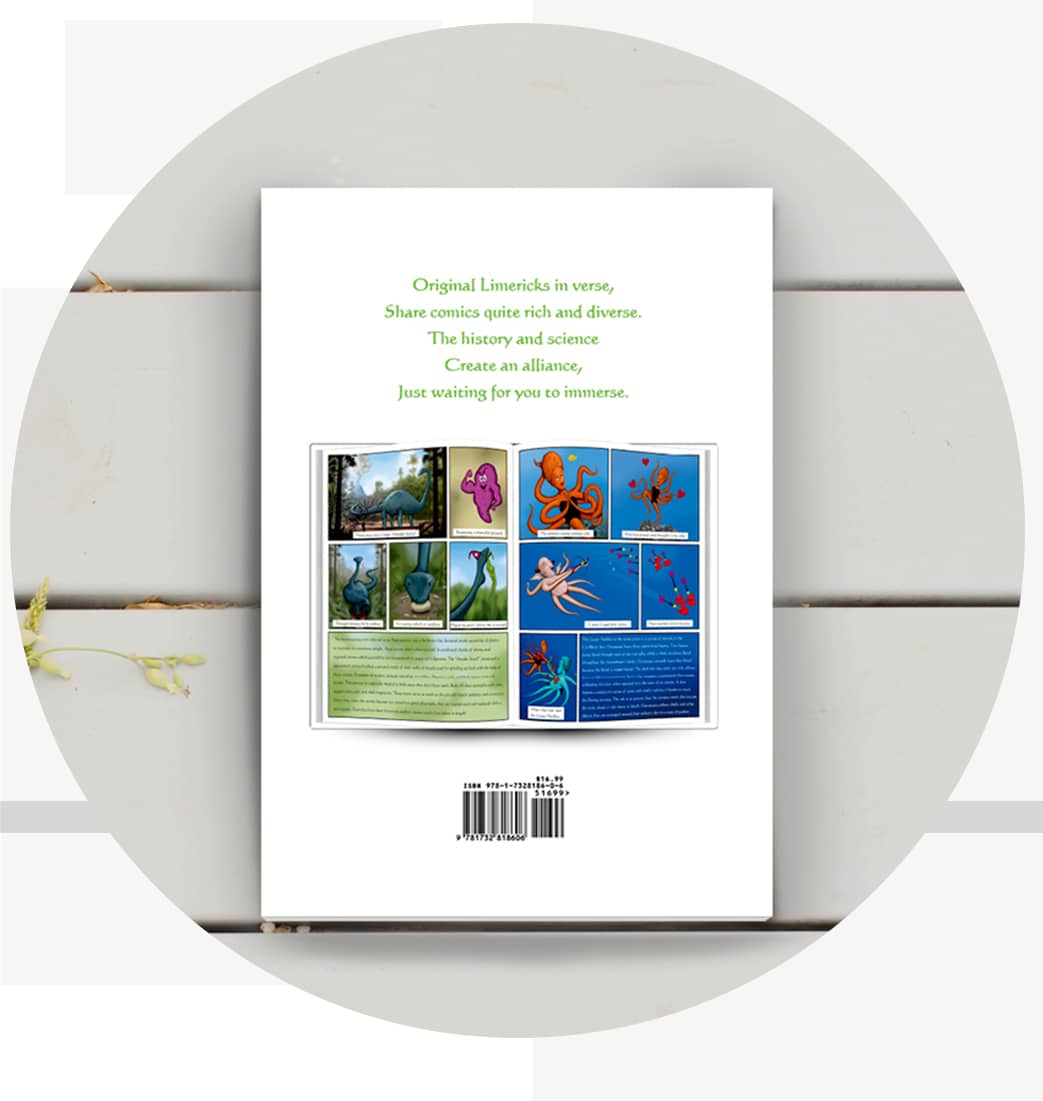 Limerick Comics is an innovative pairing of poetic imagination and fun facts enlivened by the immensely popular comics format. The book is crafted to appeal to reluctant and advanced readers alike. The informational panel can provide a springboard for discussion between parents and children about each topic.

In his debut book, Hoyman combines two forms that kids love—limericks and comic books—to offer one-page lessons on various subjects. Five panels, one for each line of the limerick (sometimes with additional comments from characters in word balloons), are followed by a sixth with more information. The opening limerick, for example, concerns jesters: “The jester was called by the King, / To tell a few riddles and sing. / Instead of his shtick, / He “pigeoned” in sick, / And was exiled up north of Peking.” The jester can be seen telling the beginning of a joke (“Did you hear the one about the bubonic plague?”), juggling, sending a messenger pigeon to the king while enjoying a day off fishing, and finally being tossed over the Great Wall of China. The sixth panel explains how jesters entertained kings and noblemen and what “exile” means. Other topics, in no particular order, include animals, such as anglerfish and chimpanzees; history and culture, such as the Pony Express, lamplighters, and clowns; and inventions, such as concrete. A glossary is included. Hoyman’s limericks generally scan and rhyme well, and background information is always interesting. One entry, based on what may be a true story, introduces readers to Sadie “the Goat” Farrell, a Hudson River pirate known for head-butting people. She lost her left ear—bitten off, as the sixth panel explains, by Gallus Mag, a New York City tavern bouncer. Some limericks are gross, a few didactic, and many straightforwardly informational. No sources are provided for these facts, but they seem sound; “caveman,” however, is an obsolete term. Feldman (Noah Learns To Share, 2017, etc.) varies his panels in size and distance (wide, medium, and close-up shots), giving them depth with good shadowing and a rich palette. His human figures are diverse and somewhat stylized but show expression well.

Both amusing and instructive, with broad appeal and excellent illustrations. 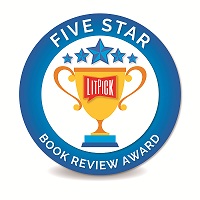 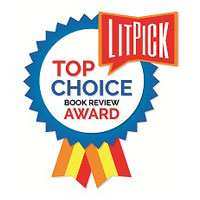 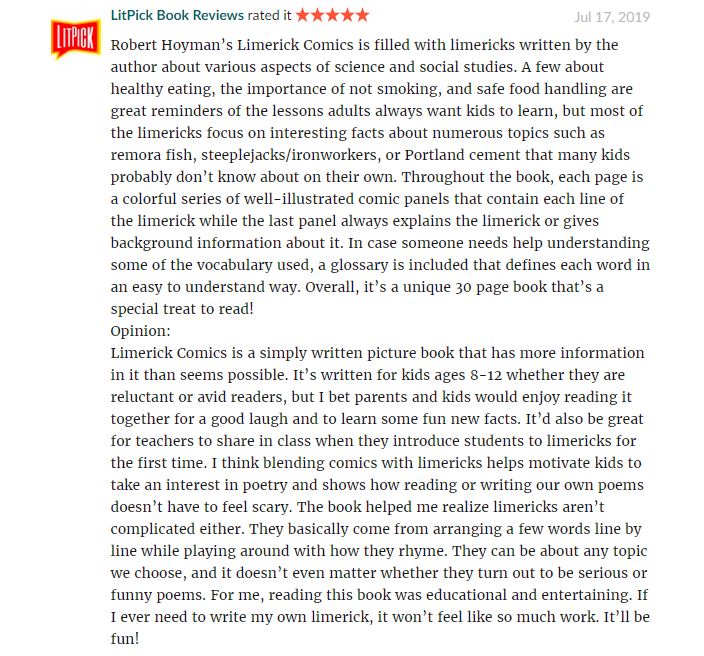 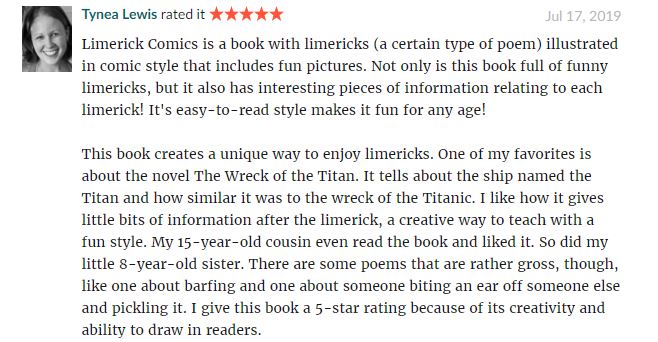 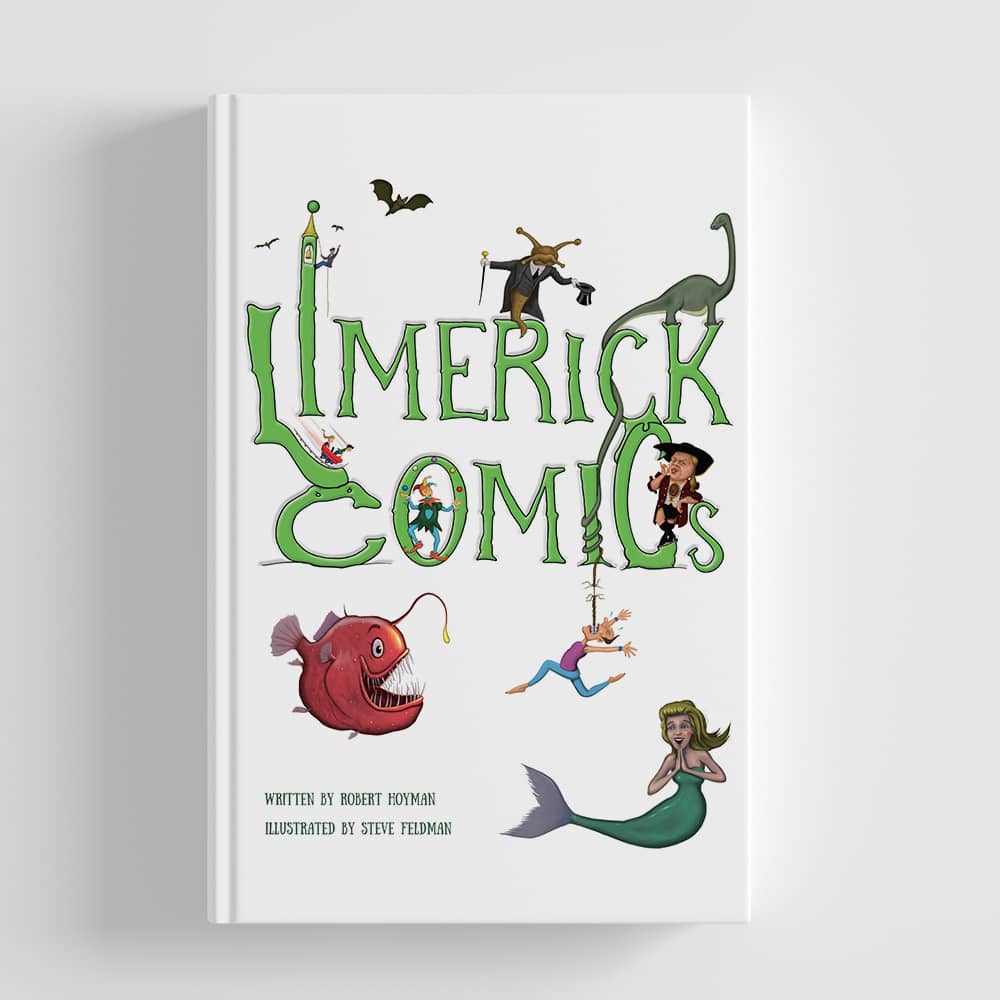 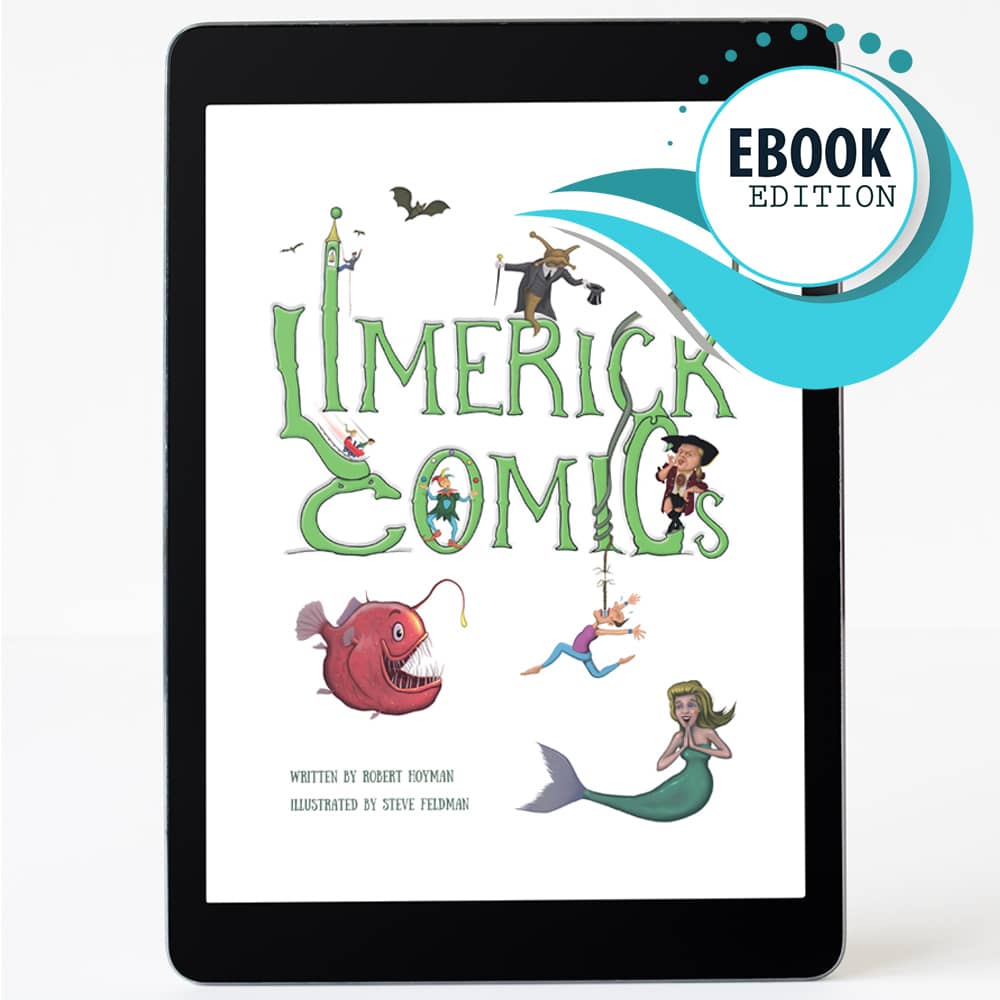 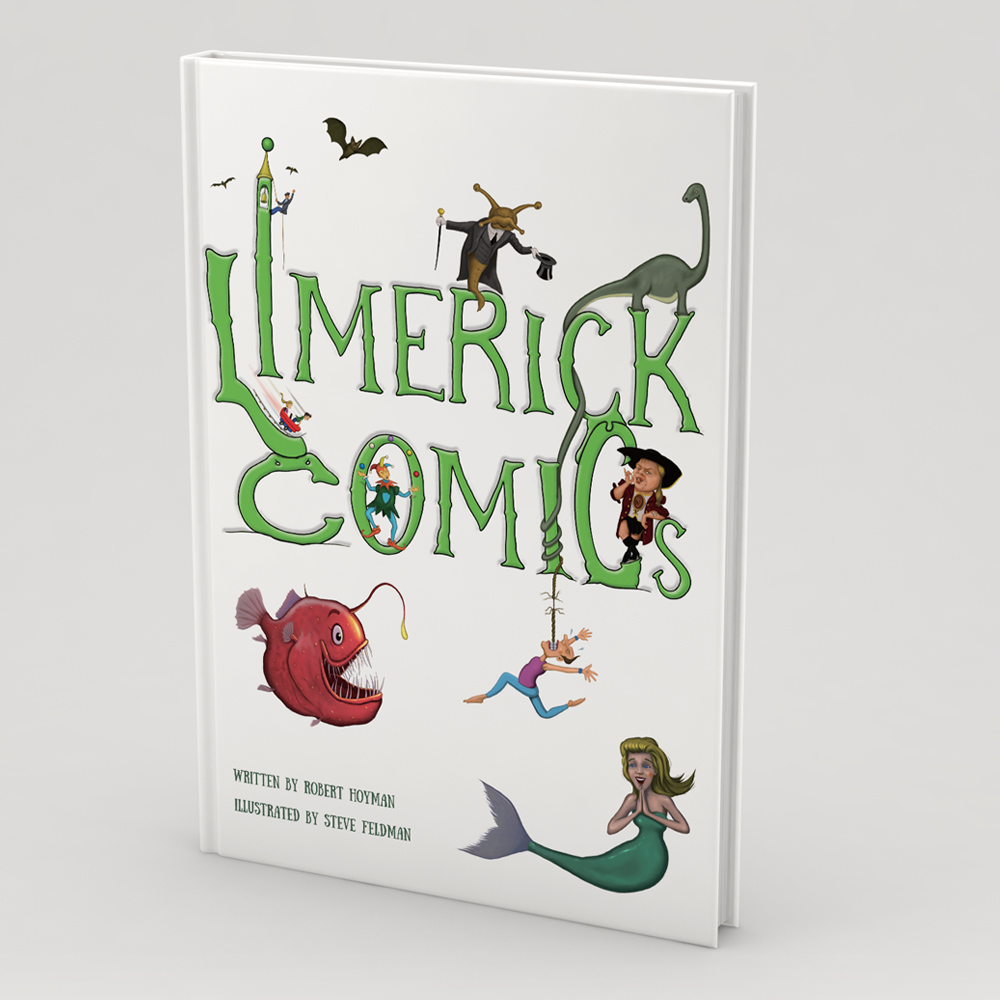 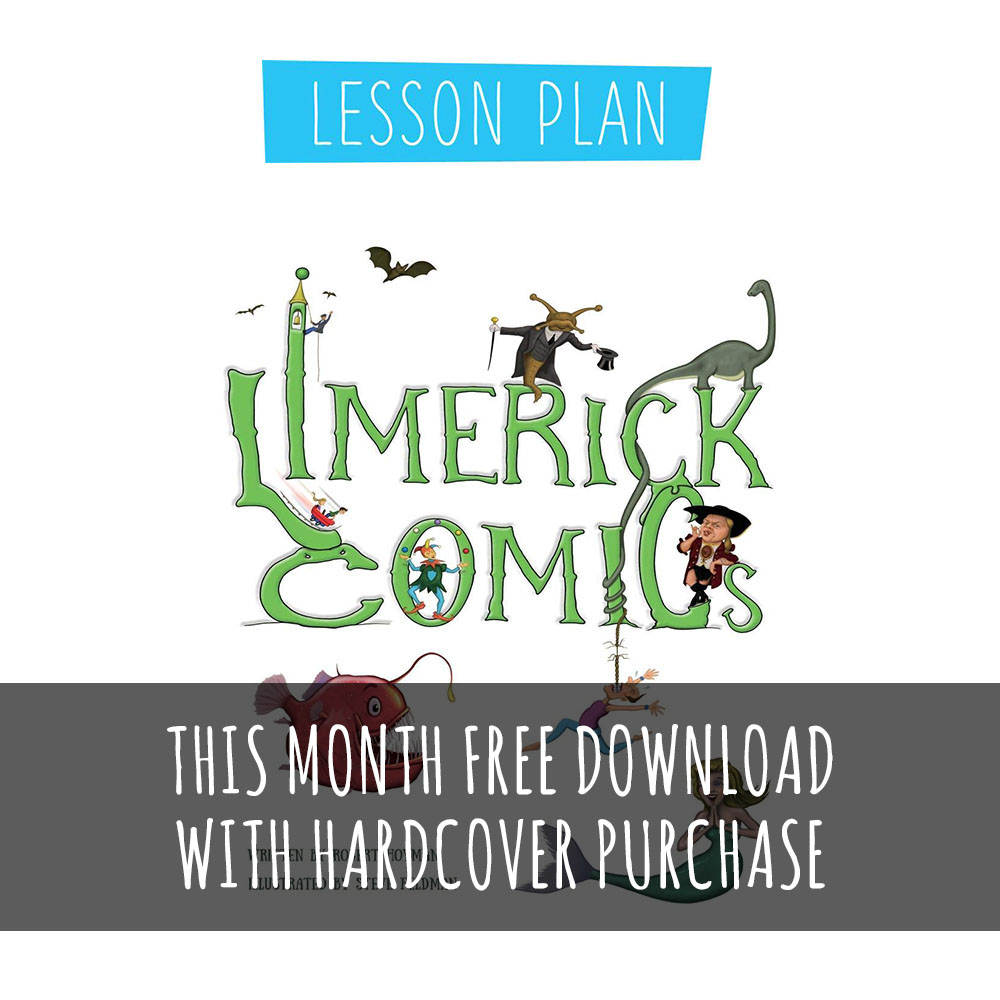 Preview some of the pages 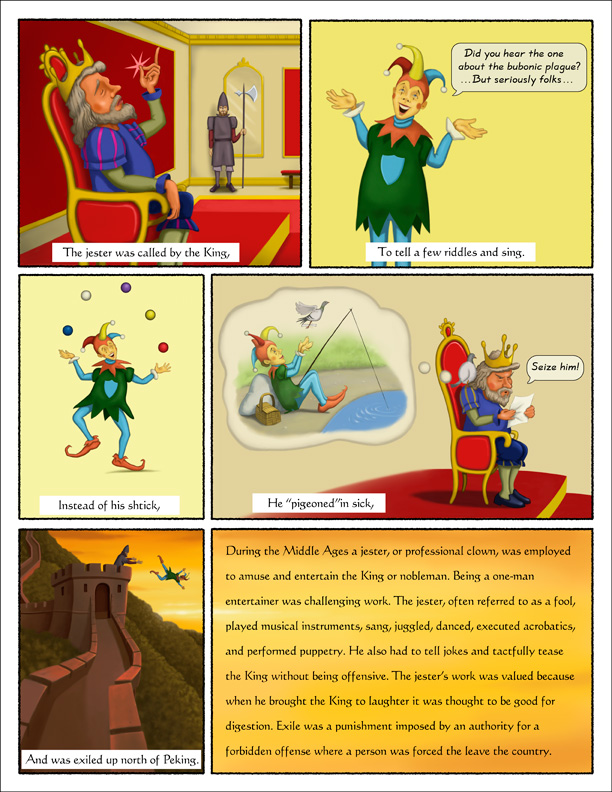 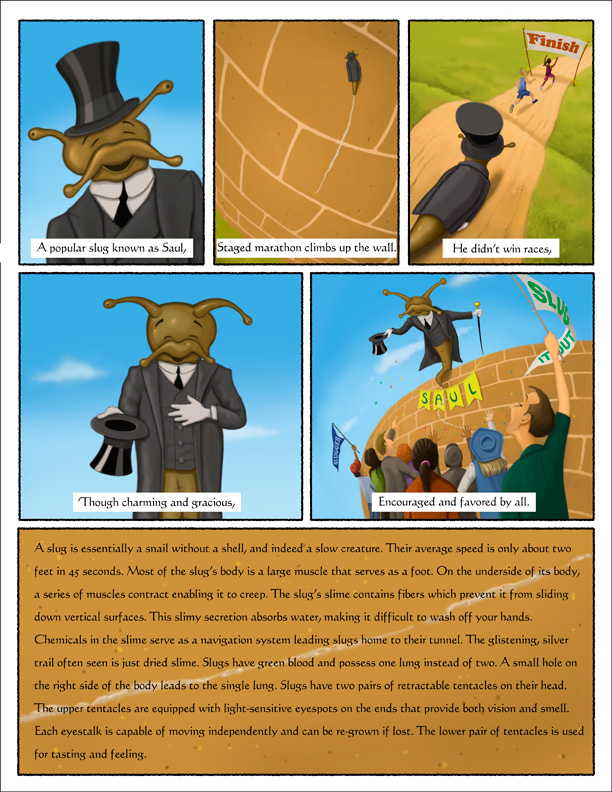 Robert Hoyman is a graduate of the University of South Florida in Tampa. His journey as a classroom teacher spanned 41 years teaching in private and public schools in Florida, California, and Virginia. Limerick Comics is his debut book. He is a member of SCBWI. 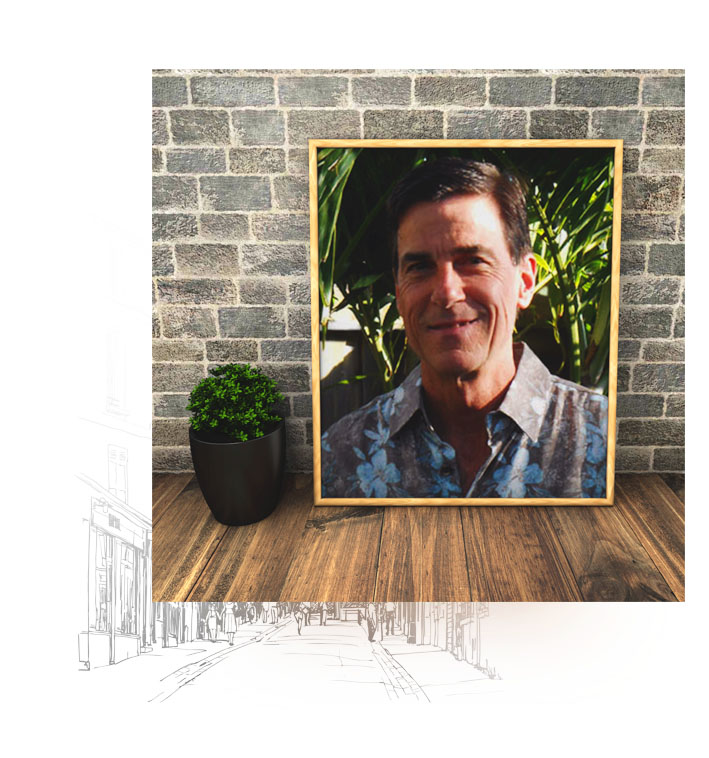 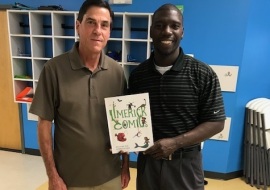 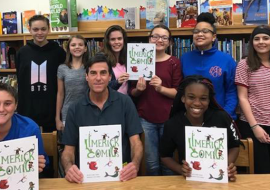 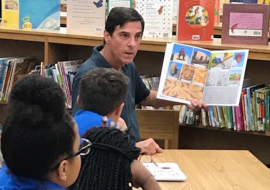 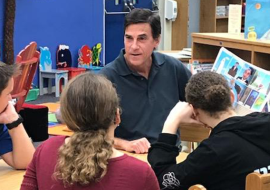 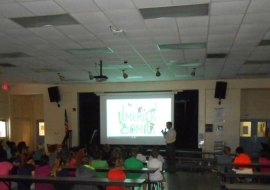 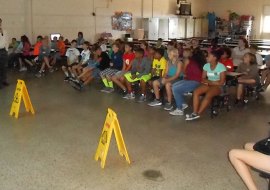 Use this form to connect with Robert